It is important to bear in mind that the data mentioned in the last post referred to future orders, not work already completed. In fact German exports rose at the fastest rate since April in August, according to data released today by the Federal Statistics Office: 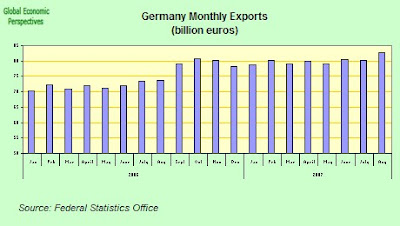 And here are the year on year growth rates. Obviously we have slowed somewhat from the end of 2006, but tha rate of growth is still pretty health. This big question is, of course, what happens next? 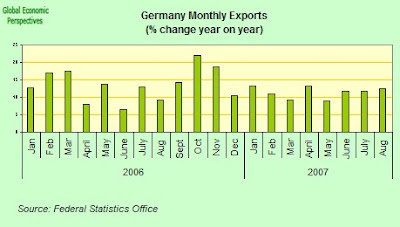